Saturday night is American Supper Night in the Kimaro household. Most of the week we eat traditional Tanzanian food but on Saturdays I take over the kitchen and cook up something I’ve either discovered on Pinterest or something I have a craving for from my days living in the U.S.

This week I got a craving for Tater Tot Casserole when I stumbled across an interesting variation of the recipe I was used to back home.

For starters there are no Tater Tots in Tanzania. At least none that I’ve seen anyway. So before I could start the casserole I first had to make the Tater Tots. From scratch.

Thank goodness for the Internet. I found a recipe for homemade Tater Tots and I embarked on my epic culinary journey.

First, I baked the potatoes. While they were in the oven I used the time to pull together a quick batch of no bake cranberry chocolate cookies which fortunately did not require any additional effort than what the recipe indicated (unless, of course, you consider having to carry a bulk supply of dried cranberries halfway around the world in your carry-on luggage additional effort). 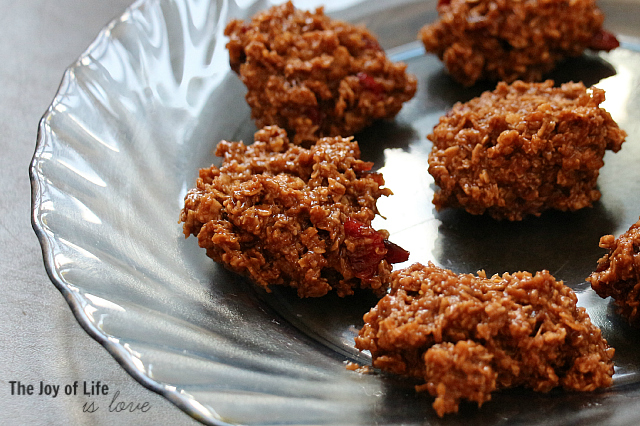 Once the potatoes were baked and cooled, the online instructions said to peel the potatoes and then grate them. Look, I’m already making Tater Tot Casserole from scratch–asking me to peel the potatoes seemed a bit much. So instead I just cut them in half the long way and grated them down to the skin. It worked beautifully.

Next I scooped up spoonfuls of the grated potatoes and shaped them into Tot-like balls and placed them in a skillet with a little bit of oil.

(Please don’t freak out about  my nasty-looking skillet. It’s spent a lot of years being used to cook over a charcoal fire so it’s a little bit charred.)

I had enough shredded potatoes to cook about three batches of Tots.

I set them aside and moved on to my next casserole ingredient that I needed to make from scratch: condensed cream of mushroom soup. Pinterest won again and led me to a recipe that worked just great. Although, I didn’t want to spend the money on a can of mushrooms so I just sauteed some onions to put in it and made cream of onion soup instead.

I was glad to get my hands on a can of corn at one of the supermarkets earlier this week so I didn’t have to come up with an alternative for that. If necessary I could have replaced the corn with green beans which are easy to access here.

In case you’re curious, the price tag on that can of corn is 2,500 Tanzanian shillings. That’s about $1.50 at today’s exchange rate.

I do have access to shredded cheese at one of the grocery stores that caters to expats but it’s even more expensive than the block cheese.

Once all of the individual ingredients were prepared I was ready to assemble the casserole. This recipe has an interesting twist–there’s a layer of Tater Tots on the bottom as well as the top.

I didn’t have quite enough of my homemade Tater Tots to fully cover the top of the casserole. That may have been because I ate several while I was cooking them, but there’s no definitive evidence to say for sure.

And that was it: my completely-made-from-scratch Tater Tot Casserole was ready to go in the oven. And it only took me five hours to make!

Add another 15 minutes for the oven to warm and 35 minutes to heat the casserole through and American Supper was served.

I thought it tasted great and was worth the five hours I spent making it as a special treat. Excellent comfort food to remind me of home.

For my other adventures in cooking American food in Tanzania, check out some of my other In Our Kitchen posts.

This entry was posted in In Our Kitchen and tagged American food, casserole, cooking, cooking from scratch. Bookmark the permalink.